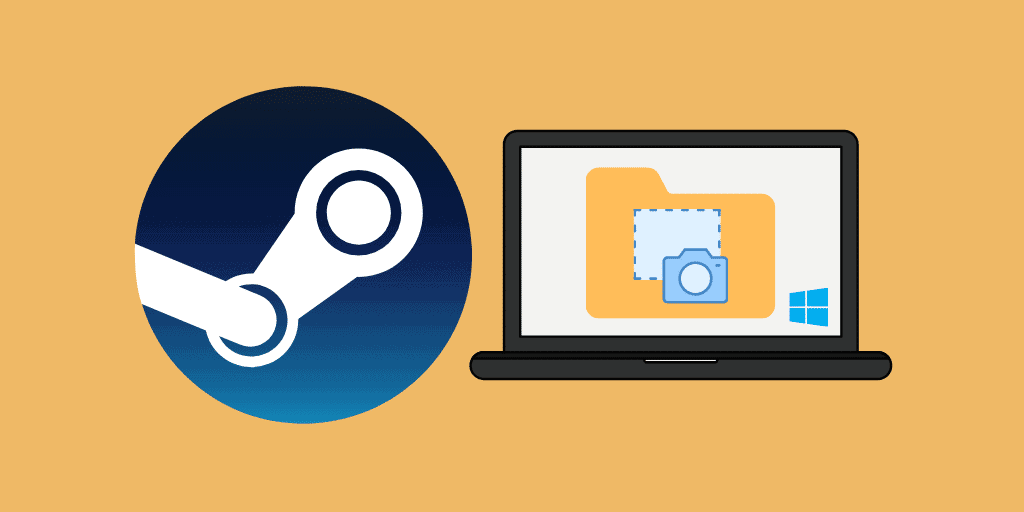 Many individuals new to Steam games wonder ‘where are steam screenshots saved.’

In other words, they want to know where the Steam screenshot folder is located. Well, where do screenshots go? How can we get them back? Let’s find it out.

If you are a video gaming enthusiast, the chances are that you have already played Steam. There are various reasons for this program to be a highly popular platform among many gaming enthusiasts.

Steam gaming platform comprises a massive range of games under various genres. In addition to that, this can be the best solution for downloading the newest titles.

Those who play online games prefer having a screenshot of their in-game incidents due to various reasons. Many online gamers use screenshots specifically to brag about their achievements.

Well, if you don’t know where steam screenshots go, the feature can become useless. So, to make things easier, we will explain how to find that folder on Windows 10.

In addition to that, you can find some useful tips related to downloading screenshots.

What is the Steam Screenshot Folder?

Any Steam game allows you to capture screenshots of an ongoing game by using F12 hotkey.

After capturing the respective screenshot, you can also use it in your Steam game profile. If not, you can even upload it to a social media forum based on your preference.

Nevertheless, you should locate the Steam screenshot folder to do any of those activities. In certain cases, users will find it pretty difficult to locate the screenshots they have taken.

Well, there are two ways to find ‘where are Steam screenshots saved.’ You can either choose them through a screenshot manager in Steam or see those files through the hard drive.

PS: click here to find out how to fix disk write errors on Steam.

In this section, let’s learn where steam screenshots are saved & how to access your screenshot folder using both the methods mentioned above.

You can use the Steam Screenshot Manager feature to access the screenshot folder. Mentioned below are the steps you should follow to do it.

To get it done, you should click on the option “Show on Disk.” In addition, there is another option to delete the screenshots in the folder.

With each Steam profile, there is a different screenshots folder. The screenshots of all the profiles will be stored in each folder.

This folder can be found in the folder where Steam is installed. In most cases, the default location for Steam is Local Disk C.

Some individuals tend to forget their SteamID as well. In that case, you should open the Steam client to access it.

In this case, you should click on the View option and go to “Settings.” Then, go to the option called the interface. As a result, you will be able to find a box.

You can now go to the Steam Profile and choose the option “View Profile.” Then, you can find the number at the end of the URL. That is your SteamID. You can use that ID when saving the pictures, as we have explained in the previous section.

How to Modify the Default Folder of Steam Screenshot?

As you already know, the Screenshot feature of Steam allows you to save your screenshots in a dedicated folder. The folder will be created automatically when you install Steam on your Windows PC.

That folder will be on the C drive according to the default settings. However, many users don’t want extra folders on their C drive. Too many files in a C drive can slow your PC performance.

The respective folder can become heavy when you use Steam Screenshot for a long time. That can eventually slow down the performance of the computer.

In addition to that, accessing the default screenshot folder can be pretty difficult because of the long path. It can be time-consuming and frustrating.

However, there is a shortcut to accessing the folder through the Windows system. You can simply press Windows + E keys simultaneously and type the folder name.

Regardless of your reason, do you want to change the screenshot folder of Steam Screenshot?

If so, you can simply follow the steps mentioned below and get it done.

● Before everything else, you will have to delete the folder named “Remote,” located in the C drive. This folder can be accessed through the path mentioned below.

● Once the default folder is deleted, you should access the Command Prompt with Administrator privileges. This can be done by following the steps mentioned below.

● Once on the command prompt, you should type the text below. Be sure that you enter the text without any mistakes.

Please note that you must replace “ABC” with the respective path you intend to have. From that point onwards, you can see that all those screenshots are saved in the new folder.

It is much better to save all those screenshots in a drive other than C. Such an approach will ensure that your C drive’s free space is preserved for other important purposes.

When it comes to the screenshot folder, it can get bigger and bigger over time. As a result, you can see that your local disk space is reducing gradually. So, a good approach is to delete the unwanted screenshots you may have accidentally taken.

Anyway, many individuals want to keep all those screenshots for some reason. If you fall into that category, keeping a separate backup of those files is the best approach. For this, you can either use a cloud storage space or an external storage device.

Make sure that you back up the files in a timely manner (for instance, once a month). Then, name those backups appropriately and store them securely. This way, you will not waste your precious storage saving screenshots.

Playing the games available on the Steam platform is very exciting, and it can be rewarding as well. The platform has plenty of games in various genres to choose from. Taking screenshots of the games can become incredibly important to mark your milestones.

For instance, you can take a screenshot if you played a game and achieved something very difficult and rare. That screenshot will be the way to prove your achievement. You can put those screenshots on your profile.

If not, you can even share them on your social media accounts. In addition, those screenshots can be vital when you report a bug to developers. Whatever the case is, screenshots are a very handy option.

Please let us know if you have further doubts about the steam screenshot folder. In addition to that, if you know better ways of managing the screenshots captured, share them with us. We are more than happy to know your opinions.