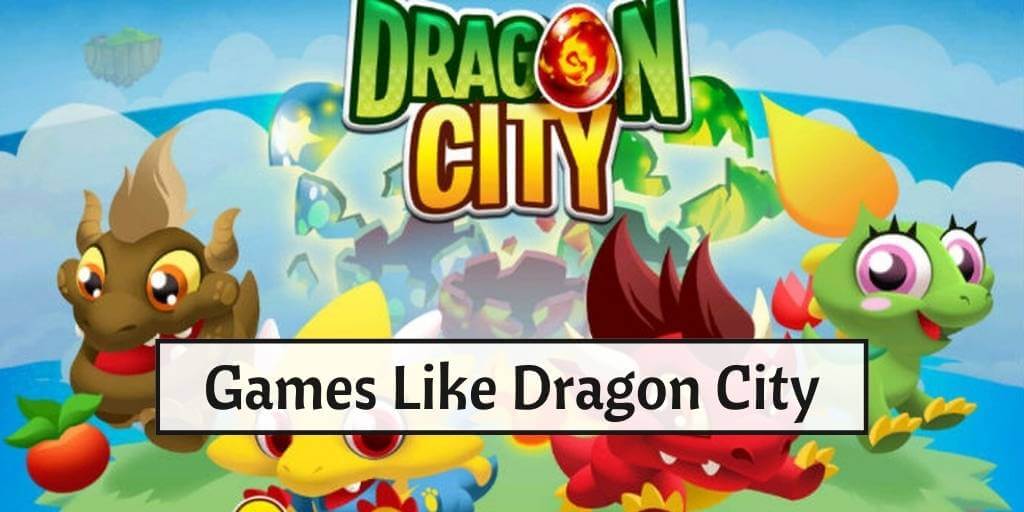 Games like Dragon City have become so popular today thanks to their unique characteristics.

Well, Dragon City is a game that combines pet simulation characteristics along with a zoo sim. As a result, you can expect plenty of satisfying gaming experiences. This is more of a Pokemon-reminding game.

Many gaming enthusiasts call this dragon breeding game a clone of the Pokemon game. Some would agree with that, and some would not. Leave that aside; Dragon City is not the only game of its kind, as there are many other alternatives.

The most exciting thing about these games is that there are plenty of games similar to Dragon City. They are available on both iPhones and Android devices. As of today, you can find Dragon Breeding to be a pretty unique genre of its own.

When it comes to most pet breeding games, the pet-raising part is the most attractive aspect. Many enthusiasts say that they love it.

With that said, we have listed some of the best games like Dragon City.

Now, let’s pay attention to the best games similar to Dragon City. We have picked these games after some extensive research. So, go ahead and pick your option from these entries.

PS: here are the top games like Webkinz and the most popular games like Sim City for your reference.

Dino Pets is one of those amazing games like Dragon City because of its various characteristics. This game is based on a pretty interesting story. As per that game, you are supposed to help a human tribe.

With your help, they will start to rebuild a shelter for dinosaurs and dinosaur babies. These dinosaurs can range from massive creatures to horrifying ones. You can explore a large range of dinosaurs. You should then help them raise and train. In addition to that, you’ll be given the option of accessing the hatchery so you can breed mythical dinosaurs.

The game will also offer various options in terms of breeding. That will allow you to combine different dinosaur species to create bizarre breeds. You will be able to see 50 genuine dinosaurs, and you should discover them.

In addition to that, you can create 20 mythical creatures as well. As per the social features of this game, you can visit the shelters of other players. However, this game doesn’t have a battle feature.

Instead, you can find colorful graphics that are vibrant and cartoonish. When it comes to the artwork, you can appeal to kids as well as grownups. If you love the concept of raising pets, this could be the best game to play.

Pocket Frogs is considered one of the cutest games, similar to Dragon City. Well, you don’t find any combat or shelter-building practices here. Instead, you will find only a pond and some frogs that munch on dragonflies.

The real fun is to breed those frogs and end up creating those beautiful amphibians. The new breed can be traded and sold to the game’s customers.

There is a massive variety of frogs for you to create. All those frogs are different when it comes to size as well as color. There is a recent upgrade in this, and it adds some new features to the game called “The Froggydex.” This specific tool allows you to focus on the number of frogs you might have collected.

Dino Island’s visuals are similar to the graphics found in comic books. You will see some graphics similar to Smurf’s Village in this game. It will make you attracted to those beautiful characters.

To make things more elegant, they have also added some baby dinosaurs to this game. You will also have to access various farms and other habitats to raise those little dinosaurs.

Suppose you are tired or bored with the concept of breeding dragons and training them; here’s a good option. Well, what do you think about other games similar to Dragon City?

In this game, you should combine giants with dragons and monsters. Then, you can create pretty weird creatures with bizarre appearances.

The excitement is that you can meet some mythical giants to use them. You can use them in the battle arena you will see. These creatures include Behemoths, Goliath, Titans, etc.

In addition to those breeding giants, you can build even some islands for those creatures to live. You can decorate those islands and build those structures.

They are pretty similar to other breeding games. All in all, this is a pretty amazing game that has some creative and unique characteristics.

Monster Story doesn’t only let you breed those strange creatures. In addition, it will evolve those creatures to be fierce and strong creatures.

This game has some similarities to the Dragon Breeding genre in terms of the gameplay elements. You can find some building habitats, island-decoration as well as quests.

The monsters you can find in this game are pretty peculiar. You will find characters like Tree Rex and a Blue Blob apart from many others. Each of these creatures will have a different shape and size.

Also, their characteristics are significantly different from each other. Being a monster is indeed a pretty fun-filled activity. So, we thought of including this as one of the best games similar to Dragon City.

As per this game, you are supposed to build a massive park that appears as a building. This game’s main goal is to raise baby monsters and breed them. You can then uncover those rare critters that existed in fairy tales only.

Dragons World is considered the best 3D dragon breeding game for Android devices. You can zoom in and catch some of the superb dragons with this game.

All you need is to have some simple finger gestures. Also, you can have some handy screen rotations to view the island and experience it better.

In Dragons World, you can see some familiar settings. With each creature, you can experience some great options. You have options to grow the creatures faster. The battle will help you tap the special skills and attack enemies.

This is another excellent game that can be rated as one of the best, similar to Dragon City. This game has a unique battle system with a massive collection of dragons.

As per this game, you should feed, grow and even train those monsters to proceed. Then, you are supposed to create a team of those dragons to fight arrogant monsters.

With this game, you can curate a park simply by creating and expanding habitats. You should also create other structures. With this, you can experience plenty of quests. That will reward players with treasures like gold and gems.

We consider this one of the best games like Dragon City for several reasons. For instance, it has an awesome combat system. Instead of using those special powers, this one lets you focus on a slider. All you need is to press that slider at the right time and cause massive damage to your enemy.

Well, here’s the last entry of this list of games like Dragon City. This is simple gameplay where you can find some simple and quick breeding processes.

The gameplay of this game is pretty similar to its original title. However, the cartoony visuals of this game are found to be exceptionally endearing.

You can find some baby dragons, and they wear diapers. So, that’s too cute, isn’t it? That is exactly why we include it in this list of games.

In Tiny Monsters, you can find a perfectly isometric zoo simulation. It allows gamers to create a massive and profitable monster park. You can even collect, feed and raise those monsters and get some rare breeds discovered.

A considerable portion of this game is dedicated to constructing various buildings. Also, you can create farms and hatcheries along with breeding monsters.

There’s a massive mix of creatures that are not similar to the ones in the Dragon City game. Each of those monsters comes with unique artwork and animation. Thanks to the user-friendly interface, you can find a very smooth gaming experience. Also, it offers a very immersive experience.

I hope you will enjoy our list of games similar to Dragon City.

Top Games Like Banished for PC – Picked Just for You