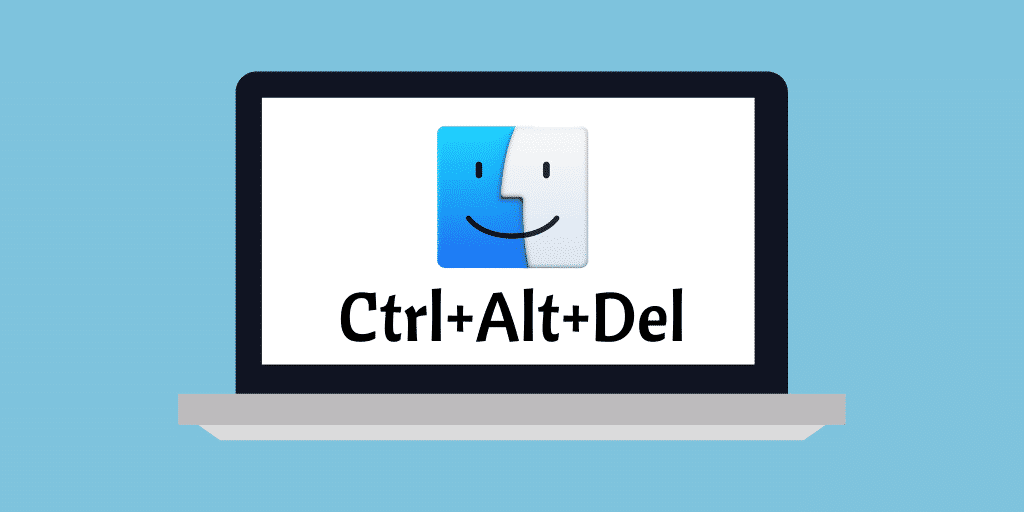 All the Windows users might be having trouble force ending certain tasks on the Mac as there is no such thing as Ctrl+Alt+Delete on Mac.

This command doesn’t function the same for Mac users as for Windows users. The OS X of Mac has its individual version of Task Manager, which has a different set of commands for different functions.

This article will aim to tell you how to deal with the control alt delete on Mac issues and related queries.

What is the Ctrl+Alt+Delete Command on Mac?
What can be the alternative options similar to control alt delete mac?
● Command+Option+Esc
● Opening the Apply Menu
● Close the Apps on the Dock
● Using the Command Control+Shift+Eject
● Using the On-Screen Keyboard
● Activity Monitor
● Managing the Startup Programs
What Follows After the Ctrl+Alt+Delete on Mac for Shutting an Application?
What Can Be Ways to Avoid Using Ctrl+Alt+Delete on Mac Alternatives?
How to Get Back the Files That Got Deleted Accidentally?

What is the Ctrl+Alt+Delete Command on Mac?

The shortcut Ctrl+Alt+Del is used to shut down an unresponsive application. On pressing the command, the Task manager pops open where you select the option of Troublemaker and then click on End task.

It’s very simple to work with it on windows, but what when you’ve got Mac? It is important to understand the command before we start suggesting the alternative ones to Ctrl+Alt+Del on Mac.

This Command Ctrl+Alt+Delete on Mac command turns the screen blue on pressing, and there appear four options which are:

The task manager of Windows contains a lot of features and information, but OS X splits these features into different apps.

Any efficient alternative for the control+alt+delete Mac should be able to perform either all of the above functions or at least close the malfunctioning applications.

The welcome news is that there are certain such alternatives existing that can get the job done just right.

What can be the alternative options similar to control alt delete mac?

When the screen of your Mac freezes while running any full-screen application like any game that goes unresponsive, then force closing that window is the best option that you may have to try.

The Command+Option+Esc works well for the Mac, where its functioning can be considered very similar to the Windows shortcut Ctrl+Shift+Escape that directly opens the Task Manager. You don’t have to make that extra click, which is there with the Ctrl+Alt+Del command.

Pressing the Command+Option+Esc opens the dialog Force Quit. This option proves efficient in the case where the malfunctioning application is taking the full screen and not responding to any of the mouse or keyboard entries.

There is another way to force open the Force Quit command for which the steps are:
Click on the Apple menu on the menu bar. Select the option “Force Quit.”

Scroll down the list and select the malfunctioning app you wish to shut down from the various options. Then click on the button Force Quit. The Mac will shut close the application like the control alt delete mac command.

If the shortcut fails to solve the issue, then you may have to shut down the Mac forcible and then restart it.

For forcing the Mac down, press-hold the power button down for a few seconds till the screen turns off. Remember to resort to this option only when the system is not able to close normally.

● Close the Apps on the Dock

There is another option for performing the control alt delete mac function, which shuts the unresponsive application preventing you from accessing the menu bar. You can take help from the Dock, which is at the screen bottom.

Follows these steps to do so:

This particular key combination doesn’t work for shutting off any application. It rather locks down the system quickly. This allows you to do something else while the computer stays locked and safe from misuse.

In case your system keyboard doesn’t have the Eject key, you can use the Power key in its place to get the same results.

It’s the best remote alternative on the desktop for Ctrl+Alt+Del mac. Most desktop apps have an on-screen keyboard that allows you to enter keyboard commands which are complex. Using this keyboard over the physical one stops the clashes that might happen with the host OS.

The Force Quit pane deals with shutting down the frozen or misbehaving applications. However, this doesn’t let you see how much memory or CPU storage is being eaten up by the different applications.

With the help of the activity monitor, you can get an overview of the overall resource usage of the system or the statistics of the task manager of Windows.

The window that pops up will show a list of all the applications running and other tasks. You can see the info about the CPU, energy, memory, disk, or network usage. You can choose any of these by clicking on the tab at the window top.

Go to the View menu, and from here, you can select which processes you want to see, be it from your user account or all the running processes.

The statistics of the overall system resource can also be seen here, which is a better option than control alt delete Mac. The CPU, energy, memory, disk, or network tabs reveal the number of resources being used by the processes in totality.

You can also close the applications from this tab only. Just select the target application from the list, then click on the X button, which is at the left top corner, and select the option Quit. This will normally shut off the application or Force Quit it if the normal command doesn’t respond well.

This monitor performs system monitoring for the Mac operating system. Its function is very similar to that of the Windows task manager. This tool is very useful; hence you may want to create a keyboard shortcut for that it becomes more accessible.

If you are aware of the working of the task manager on Windows 10 or 8, you know that you can control the launching of startup programs once you log into the system. The Mac OS X has a similar operative tool but is out of the tools of Activity monitor or the Force Quit.

Select the target user account that you want to manage; it can be even your own user account. For that, click on the tab Login Items.

Whatever applications that are ticked in the given list will get launched once you sign in, so you need to uncheck whichever you don’t want to get launched automatically.

You can also drag and drop the applications picked from the Dock or the application folder into this window. Doing so will add them to the list, and they will get automatically opened once you will sign in to the system.

What Follows After the Ctrl+Alt+Delete on Mac for Shutting an Application?

All the time you use the command to shut down any application, you stand at the risk of losing your valuable data. There may be no option for you to go with; what can be done is to try to minimize the loss.

The basic idea that you can always follow is to keep a backup of the important data in your system. This minimizes the negative impact when any application crashes suddenly, or the hard drive fails.

Similarly, you can also try saving the data, preferably in the cloud. You can also try activating the auto-save feature, which is there in many of the applications beforehand. All these are precautionary steps that you can try to keep the loss at a minimum.

What Can Be Ways to Avoid Using Ctrl+Alt+Delete on Mac Alternatives?

You would not want to always deal with a crashing computer and a freezing screen. Here is a list of a few steps that you can follow to keep the software in good shape.

Always keep the applications and the operating system updated. Postponing update installation can prove to be detrimental to the stability of the system and also make it vulnerable to viruses. The main problem occurs with the application that uses the internet to operate.

You can also try restarting the computer on a regular basis. This is a good idea when important system updates are installed, and this cleans the caches of the application so that they start operating with a clean memory.

Try keeping the system clean. Tools like Disk Drill come with a useful cleaning machine that removes all the waste files. To do this, maintenance takes only a few seconds, but they are very necessary for keeping the system crash-free and running smoothly.

How to Get Back the Files That Got Deleted Accidentally?

Sometimes, it might happen that some files may get deleted if you force shut down any application with control alt delete Mac. However, you can get back all of these files if you act at the right time and with the right software.

One such popular tool is Disk Drill, which gives the best recovery solutions for Windows and MacOS. It is a powerful tool that claims to recover more than 200 file formats in any kind of storage device.

It also comes with free backup software that can be used to protect the data and decrease the negative impact of it that can cause the application to crash suddenly.

Some additional features of the Disk Drill tool include a cleaning up utility, a free health monitor, a tool for data protection, a duplicate finder, and the ability to create a recovery drive with a bootable USB.

The professional version of the software allows the users to access all of the features and can also avail of the updates free for a lifetime if they choose to.

The Enterprise version of Disk Drill is meant for the commercial people to get them the top support for the entire company, like capabilities for forensic data export. The software is free and compatible with Mac OS 10.8.5 or newer versions.

The command Ctrl+Alt+Delete on Mac is the first thing that may pop up in your mind all the time when the need comes to troubleshoot unresponsive apps.

However, keep in mind the other methods too that we listed here. We would suggest taking precautionary measures like avoiding using unoptimized software that is just so badly designed that it crashes anyway.

Using the combinations we provided is the best way, but it would be better if you avoid such applications. You can still choose from so many Mac applications that are safe to use.

The Installer Information on the Recovery Server is Damaged – Fixed!

How to Repair iMessage Not Working Error Effortlessly