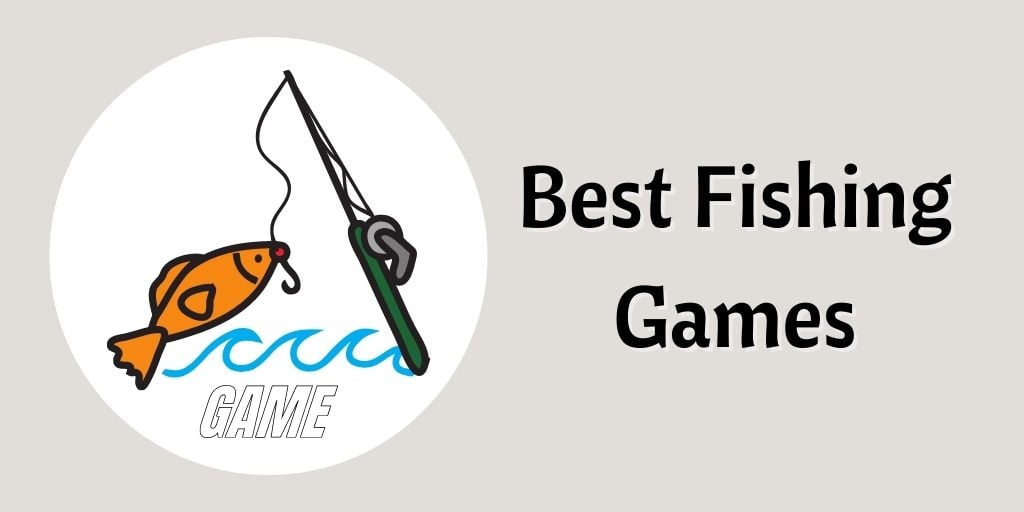 This is a list of the top fishing games which will help you find the best fishing game on PS4 of all time for any console or system.

Fishing is, of course, better done outside. Indoors is certainly the greatest place to play video games.

So, how do the two intersect? When it comes to fishing games, there are some that are decent, others that are bad, and some that are really awful. Either way, they can be a great past-time.

Without question, being out there and casting a rod is one of the most joyous experiences in the world for an angler.

However, due to terrible weather, hectic schedules, family responsibilities, and lockdowns, some people may have a more difficult time going out there than normal.

Thus, we have prepared this compilation so that you can start enjoying the best fishing game on PS4 in no time. Keep reading!

Look no further if you want a basic, simple, arcade-style fishing game that is undeniably outdated yet manages to keep up two decades after its original launch. Sega bass fishing is the best fishing game that bass fishermen should not miss.

This title, which made extensive use of the infamous Sega fishing rod, was a pretty popular offering for the Dreamcast system. As with many other games on that platform, it frequently looked like the purpose was to showcase the Dreamcast’s graphic potential rather than to provide an offering rich, in-depth features, plots, or any genuine sort of complexity.

Nonetheless, Sega Bass Fishing enables players to replicate one of the most thrilling sports in the world: fishing! Although the graphics are a tad dated, the game is affordable, engaging, and fascinating. The game revolves only around bass fishing. It has 14 different lures, eight fishing locations, and four tournaments in which you may compete.

Fishing Sim World is the sequel to Euro Fishing and a fun fishing game to play. And Fishing Sim World, being one of the latest titles on this list, offers a little more comfortable simulation than some of the classic games. The audio, which includes a generic soundtrack of background music and action effects, is neither noteworthy nor offensive.

The game, however, has beautiful graphics, a broad range of fish and fishing areas, and a competent, though underwhelming, multiplayer feature. The game’s hallmark is the single-player career mode, which will keep you occupied.

Fishing Sim World: Pro Tour may not be the best fishing game, but it still manages to offer you a fantastic fishing experience. The fishing simulator aspect of the game is also quite three-dimensional and realistic, which makes you feel as if you are actually out there catching the fish and not from behind the screen.

Rapala Fishing: Pro Series has been on the market for a few years, yet it still performs admirably. It has the advantage of being available on practically all systems, making it available to almost everyone, and the best fishing game on PS4.

Although there are fewer fish in Rapala than in games like The Catch, the focus here is on competitiveness. Players participate in international competitions and can complete daily tasks for additional incentives. Because the title comes from Rapala, players get access to a plethora of fishing lures and other items.

The Fishing Pro Series also includes capture cameras above and below the water, adding to the grandeur of pulling in fish. Gamers who like the fishing objectives in Red Dead Redemption 2 will appreciate the practically limitless obstacles in Rapala Fishing: Pro Series.

PS: if you are searching for the best hunting games on PS4, here are the lists you should check out.

Fishing: North Atlantic ought to be ideal for fishing aficionados with a business mentality. This is an accurate professional fishing game that is now accessible on the PlayStation 4, Xbox One, and PC. It is the most recent fishing game to be released, providing it an advantage in terms of visuals.

Fishing: North Atlantic impresses in terms of cinematic experience. The game appears stunning and performs flawlessly, even on mid-range systems. The simulation components are wonderfully represented, and although some are far more pleasant than others, there are plenty of tasks to keep gamers occupied for hours.

Fishing: North Atlantic enables users to transform a pastime into a company by offering a plethora of real-world fishing areas and dozens of vessels to improve along the way. Fish may be caught using a variety of ways, such as ramming and trawling, and fish values fluctuate continuously.

Euro Fishing is a fantastic fishing game that you may enjoy. The game’s USP is that it provides a realistic fishing experience. The game also lets you learn a lot about catching fish, whether you are a novice or an accomplished fisherman.

You will also learn how the rod works and what strategies you may use to catch fish in reality, making it the best fishing game of all time.

As one would assume, there is a lot of waiting when playing the game, which means the game can be a little frustrating for impatient players. Euro Fishing fell a little short in terms of enjoyment, although the game exhibited a great deal of potential in its initial periods.

Whether you like it or not, it is difficult to dispute that the game provides a more authentic fishing experience than most other titles. Moreover, the game contains a multiplayer option, so you may play with a partner.

The Catch: Carp & Coarse is ideal for anglers who appreciate catching a broad range of fish. The game offers over 30 distinct kinds, as well as 125 Boss Fish, out of which there are 11 Monster Boss Fish, to present additional difficulties.

This may also interest folks who have loved getting Legendary fish in Fortnite or those who are continuously attempting to capture the rarest species in the classic Nintendo title- Animal Crossing.

Climate, the flow of water, and gear all influence the species of fish that spawn, so anglers will require a little skill and experimenting with pulling in the greatest catches. There are also multiplayer features, allowing gamers to compete with friends online.

There is also lots of authorized equipment to add authenticity, and the visuals are surprisingly stunning despite the game’s low budget, making it the best fishing game available right now.

There are many soothing pastimes in Stardew Valley, but fishing is both the most relaxing and the most aggravating.

Instead of the typical “hit the button when the bobber goes under” function, Stardew’s fishing minigame requires you to maintain your fishing gauge aligned with a fish symbol that varies in size according to how tough the fish is to catch.

Initially, it can be excruciatingly difficult—the bar is small, the fish thrash frantically, and the control method is strange. However, if you get the hang of it—and improve your fishing skills sufficiently so that the bar is not so low—it becomes a pleasant getaway from the hustle and bustle of small-town farm life.

Despite its richness, Stardew Valley suffers from a lack of realism due to its 16-bit visuals, which are comparable to those of a Super Nintendo game. Pelican Town in Stardew Valley, which resembles a classic simulation game, provides the location for wonderfully peaceful fishing.

Besides, here is everything about Stardew Valley Caviar you should know.

Fishing Planet is by far the most visually appealing fishing game ever produced. The graphics of the title are pretty realistic too.  With a massive quantity of fishing lures, rods, reels, and other equipment modifications, Fishing Planet stands to be the best fishing game on PS4.

The game is completely free to play and can be downloaded from the Steam Store. If you do not intend to spend money on the game and instead aim to earn everything for free, prepare to move at a snail’s pace. It is clear that the creators want to earn a little money off of everyone if they can, which is not a problem because the game is worthwhile in certain ways.

It is a nice-looking game with a massive amount of (unlockable) fishing spots and depth, albeit the enjoyment might be diminished if you know what you are doing. If you use the appropriate lure and bait in the right place, the fish will be so simple to catch that you will think it is their lifetime desire to become your meal.

The game is as near to doing the actual thing as gamers can ever come without having to leave their house. Of course, there are a few drawbacks to this, especially for gamers who dislike waiting. The best aspects of this game are the first-person perspective and the fish fights.

Although actual fishing is a soothing and enjoyable activity, playing fishing games may also give you peace of mind and reduce tension.

Fishermen may obsess on screens of varied sizes from the comfort of their homes to capture greater fish than they will likely ever catch on renowned lakes they are unlikely to visit.

Hence, we hope this list helped you find the best fishing game on PS4!

Top Games Like Clash Of Clans (COC) for You

Here Are The Best Games Similar To Final Fantasy 2022