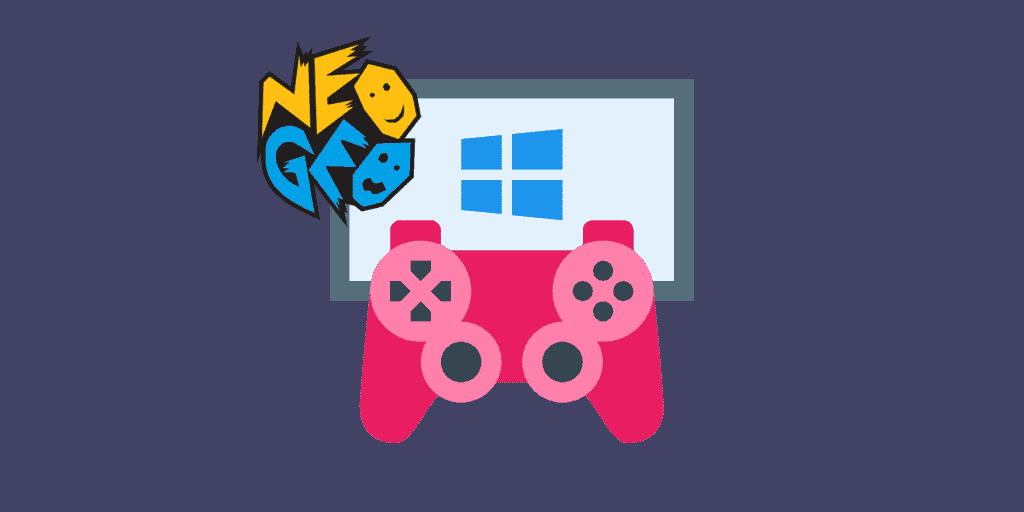 Are you looking for a good Neogeo emulator? If so, continue reading this article and learn about the best emulators for NeoGeo.

MVS (Neo Geo Multi Video Systems) is the first line of hardware under the Neo Geo brand name. This was released in the 1990s. During the early 90s, Neo Geo became exceptionally powerful thanks to the powerful specifications.

In addition to that, they had some high-quality titles as well. One of the most noticeable characteristics associated with Neogeo units is that they can hold multiple arcade games simultaneously.

Needless to say, it was an exceptionally competitive feature at that time. It helped individuals to save a considerable amount of real estate and money.

Because of the heavy public demand, they released a series of consoles for home use. The first of the series was Neo Geo AES. However, it was intended for commercial use at first.

It became very popular, and then they released a home console version of it. Later on, Neo Geo CD and Ne Geo CDZ were released in 1994 and 1195, respectively.

One of the most noticeable advantages associated with Neo-Geo consoles is that they feature a cartridge-type function. Neo-Geo cabinets were a really good concept compared to the individual arcade boards that stored games separately.

As a matter of fact, storing several arcade games simultaneously on a single device was introduced by Neo Geo. As you may know, a replication for this respective system has not been introduced since then.

Part 1: The Requirement for a NeoGeo Emulator

In fact, Neo Geo hardly had any competition in terms of raw power once it was introduced. Compared to the other consoles present by that time, Neo Geo was a powerhouse.

One of the unique features of the Neo Geo console was that it had mobile memory module. Thanks to this newly introduced feature, users were able to transfer games using a portable cartridge.

It is true that Neo Geo had a relatively smaller library compared to its rivals. However, in terms of the quality of the titles, they are unmatchable. In other words, they present the best quality game titles.

Neo-Geo offered more affordable variants of CD consoles as well. Those consoles are ideal specifically for those who cannot spend much on AES consoles and cartridges. Both Neo Geo CDs and CDZs come at a pretty affordable rate compared to other games.

If you are a gaming enthusiast (best fire emblem games for you), Neo Geo offers plenty of options for you. If you want to pay for the originals of those games, you can buy them at a very affordable price.

However, there are plenty of those games that can be found on various other consoles as well. For your information, mentioned below are some of the best game titles included in Neo Geo.

Samurai Shadow is a very impressive game that comes with amazingly smooth animations and superb graphics. In addition to that, it comprises a range of characters as well. It has proved the excellent characteristics of the SNK style. Basically, this is an excellent fighter, and it plays really well even today.

Metal Slug is considered to be one of the top games of its kind. In fact, it is an exceptionally fast and furious game of its kind, and it comprises superb gaming characteristics. It is true that the bosses are exceptionally satisfying to defeat. However, its level, as well as the variation, remains in its impressive quality.

The last blade is considered to be a Neo Geo game that comes with great gaming aesthetics. It comes with incredibly impressive depth with perfectly balanced characters.

It has all the top moves covered, and beautiful graphics are included. This game also proves the excellent versatility of the hardware resources of Neo Geo consoles.

Well, are you aware that it is possible to play Neo Geo ROMs using your smartphone as well? That means you can play it with your Android, Windows, or iPhone. In addition to that, the NeoGeo emulator is developed to be compatible with Windows and Mac OS.

Part 3: A list of most popular NeoGeo emulator options

Now that you know how interesting a NeoGeo emulator could be, here is a list of them. We have prepared this list after performing extensive research on this aspect. These NeoGeo emulator options allow you to play those games even on PCs, Macs, Xbox, Dreamcast, etc.

Nebula-Windows is listed as one of the most effective and powerful emulators that can be found today. It comes with a really impressive interface. You can use it to run pretty much all the NeoGeo games, Neo Geo CD games, etc.

Moreover, it can run ROMs such as CPS 1, CPS 2, and even some specific Konami Games. So, all in all, we can rate it as the best NeoGeo emulator on this list, with a rating of 9/10.

This is another handy NeoGeo emulator that comes with a very friendly user interface even for new users. You can run pretty much all the Neo Geo and CPS ROMS (1 & 2) on it. Besides, it features some awesome image enhancements as well.

In addition to that, it comes with some image enhancements as well. For this NeoGeo emulator, we offer a rating of 8/10 considering all the aspects.

Like the previous two options, you can find a very impressive user interface in this emulator. This specific emulator has the ability to play pretty much all the ROMs of Neo Geo. In addition to that, it is compatible with CPS1, CPS2, ZN1, and ZN2.

Moreover, it works well with system 16/18 ROMs. However, unlike the previous two options, this NeoGeo emulator doesn’t have enhancements. In addition to that, it wants you to adjust your desktop settings to 16-bit color settings.

That means it doesn’t allow you to use 32-bit color configurations on the desktop. We rate this emulator with a score of 7.5/10, considering all of its aspects and features.

MAME is another popular and highly versatile emulator that can run pretty much all the Neo Geo ROMs. In addition to that, it can run a large number of other games as well. In fact, this is an open-source emulator.

Some of the versions of the MAME NeoGeo emulator are available for Windows and other platforms. In fact, its versions are compatible even with Xbox, Dreamcast, etc. The interface is pretty good, but the user-friendliness is not that impressive compared to the previously mentioned emulators.

This emulator gets a 7.5/10 rating from us after reviewing its aspects.

This respective emulator is developed by those who developed “Rage.” In fact, it was the fully-functional NeoGeo emulator designed for Windows by those developers. Its main advantage is that it lets you play all the NeoGeo ROMs saved on your ROMs.

When it comes to the disadvantages, this emulator doesn’t have any updates for a pretty long time. So, the counterparts of this emulator have already surpassed it. In addition to that, it comes with a version compatible with MS-DOS.

However, needless to say, it lacks sound and user interface. With all those considerations, we offer a rating of 6.5/10 for this NeoGeo emulator.

Ace is another good emulator that reached this rating because of its ability to run different ROMs. It can run NeoGeo, CPS1, and CPS2 smoothly. Also, it is compatible with system 16/18 ROMs.

At a glance, Ace appears to be a pretty impressive option in terms of an emulator. However, it has some downsides as well. Nevertheless, the most important thing is that this project is no longer available.

Interestingly, the developers of this emulator experienced a severe hard disk crash. As a result, their most recent source code has been lost. We rate this emulator with a score of 6/10 because of the aforesaid downsides.

Well, this emulator is developed in Japan. Because of that reason itself, you will find very little information about it in the English language. That means the majority of its information can be found in Japanese.

Even if you use a translator, you won’t find perfect information. Besides, the accuracy of this emulator is exceptional. On top of that, it features excellent compatibility as well. However, because f the lack of documentation, it can be pretty difficult to use it.

As per the accumulated information, we consider it a very accurate emulator with a standalone license. If you have a good collection of NeoGeo CD games, this is a really impressive emulator to try. This emulator receives a rating of 6/10 from our review.

NeoCD is rated as a powerful option to run the NeoGeo CD console. This tool runs authentic Neo-Geo CDs only. Also, it doesn’t run MVS arcade ROMs. Well, the compatibility of this tool is high, and it features excellent accuracy as well. NeoCD receives a rating of 6.5/10 from us.

It is true that NeoGem was developed very shortly after NeoRage. Also, both of those emulators operated in a pretty similar pattern. However, the compatibility of the emulator is not that impressive.

According to many users, this emulator features frequent crashes as well. Because of this reason, NeoGem was discontinued at the early stage of its development. Although they were planning for a Windows version, it didn’t come out. We offer a rating of 3.5/10 only.

Danji and NeoGem were launched at the same time, and they were aimed at MS-DOS. Danji comes with limited support in terms of sound, and the compatibility is poor.

Moreover, it allows you to play this game only after converting its ROM into a specific format. As we believe, it deserves a rating of 2.5/10.

Also, here is the best GameCube emulator for your reference.

So, that’s our list of best options for those who are looking for a NeoGeo emulator. What’s your pick?

What is Audacity VST Enabler & How to Use It?