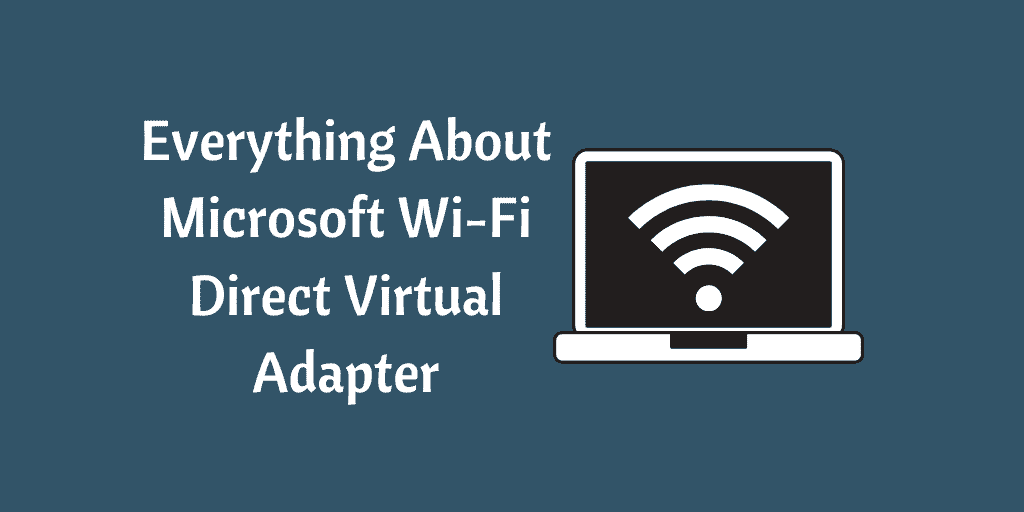 Do you know your PC or computer can work as a Wi-Fi hotspot if it is a Windows PC?

And, with the use of this feature provided by Microsoft in its Windows operating system, you can connect other devices to the internet through your PC or computer.

PS: click here to find out what does a firewall do.

The registry stores the Wi-Fi adaptor settings and can be removed by deleting the HostedNetworkSettings parameter available in the registry editor.

The command that you will need to delete this parameter is as follows:

And, after giving or entering this command, the next step in the process to delete the above-mentioned parameter is to reboot the system. Once the system has restarted, check whether the settings of the Wi-Fi adaptor have been reset or not.

No matter whether you need this feature or not, it will still be there on your Windows. And, when it comes to removing this feature, you have the following steps to follow:

As a user, you have the above-mentioned steps to be followed, which actually work as a temporary solution. It means you will not end up deleting or removing the Microsoft Wi-Fi Direct Virtual Adapter permanently.

The information provided above simply indicates that Windows doesn’t come with a single virtual Wi-Fi adaptor. Rather there are many such adaptors out of which, only one is generally active at a particular time.

But if you somehow manage to disable the active virtual adaptor (as we did by the process mentioned above), a new virtual adaptor appears. It simply means that you cannot permanently disable or delete it.

In case you have the Intel WLAN card installed on your computer, you must be having two virtual Wi-Fi adaptors on your PC or computer. And, that is just because of the presence of the module labeled “Intel My Wi-Fi Technology.”

So how can you delete one out of the two available virtual Wi-Fi adaptors? The process is actually very simple when it comes to deleting it. All you need to do is just follow the steps mentioned below:

Besides, if you are bothered with the error of ERR_ADDRESS_UNREACHABLE on Google Chrome, here are the top solutions for you.

Step-1: Go To The Control Panel

First, go to the control panel on your Windows PC or computer. Then, go to the list of the installed software or programs.

In the list of the installed software, you will get to see “Intel PROSet/Wireless“. Under this, you will find the “Intel My Wi-Fi Technology.” All you need to do is just uninstall this feature.

Once you have successfully uninstalled the above-mentioned feature, one out of the two available virtual Wi-Fi adaptors will disappear immediately. And, the second virtual adaptor can be deleted by following the process mentioned above in this article. And it’s done.

As mentioned above also that the virtual Wi-Fi adaptor found in Windows 7 is known as Microsoft Virtual Wi-Fi Miniport Adapter. It is actually a technology that performs the task of virtualizing the network adaptor. And, the virtualization made by it is almost in the same way in which your whole operating system is virtualized by VMWare.

Actually, the thing is that you can use one of these two virtual adaptors to connect to your general Wi-Fi network. And, the other one can be connected to the networks like an ad-hoc network. And, you can also convert it into a Wi-Fi hotspot.

Once you have made a Wi-Fi network in this way, it will be possible for other people to connect to your PC or computer. It simply means that the Windows 7 computer that you possess will work as a general Wi-Fi access point or hotspot.

There are mainly two ways with the use of which you can create a wireless access point of your own.

One way is to make use of a third-party program, and another way is to just go and make use of the command prompt or command line provided by your Windows 7 operating system. Yes, there is no doubt that using the command line of Windows may be a little bit complicated and difficult for you if you are not a bit technical.

You may need to pay a few bucks to be able to make of using some useful features of such third-party applications or programs.

Below I have put a light on both of the ways used to set your own Wi-Fi access point.

In order to perform the task with the use of the command line, you will need to follow the three steps that I have mentioned below:

Step-1: connect the main network adaptor to the internet

The very first step in the process of setting up your own Wi-Fi access point on your PC or computer is to connect your main network adaptor to the internet. For this, you can go to the “Network and Sharing Center” and then open the “Change Adapter Settings.”

Once you are there, navigate to the tab labeled “Sharing.” And, under that tab, you should check the checkbox for the option “Allow other network users to connect through this computer’s Internet connection.”

Another mandatory thing that you will need to do under the “Sharing” tab is to select your virtual Wi-Fi mini port adaptor’s name from the drop-down menu of the “Home Network Connection.”

If it is already selected, you can leave it as it is. You can identify it by its name as Wireless Network Connection 2, 3, 4, etc. (whichever the name is).

Once you are finally done with the above-mentioned step, next, you will need to launch the command prompt of your Windows operating system. After all, you are going to make use of it for setting up the Wi-Fi access point on your virtual adaptor.

In order to open or launch it, just go to the Start button and type “cmd‘ in the search box to find the option for the command prompt.

But don’t forget to change the “VirtualNetworkName” in the command line by your own Wi-Fi network’s name and also change the “Password” to the one desired by you for setting for your network.

Another important point that I would like to bring to your kind notice is that WPA2-PSK (AES) encryption has to be used by all of your virtual wireless access points.

Next, you will need to type in the line given below for enabling it once it has been set up.

(Note: In case you are ever in need of knowing the number of clients who are connected at a particular point in time, you can do it by typing in the command that follows: netsh wlan show hostednetwork)

If you are not comfortable with the process mentioned above and are in search of an easier method, you can switch to the method of using a third-party application or program. Keep reading to know more about this alternate method.

There are times when people need to connect an Ethernet cable to their PC or laptop for connecting to the internet. You must have also faced this kind of situation while being on a trip. That’s because this kind of thing generally happens more frequently with the people who travel a lot.

Connectify just offers a beautiful and user-friendly interface for performing the same task, which we did in the above-described method (with the use of the command line). It offers both free as well as paid versions.

And, which version will be perfect for you depends totally on your own requirements. I would never like to buy its pro version in case I only need to make use of it for sharing my internet with others. That’s because it can be done with the free version as well.

The process to be followed

You can perform the task with the use of Connectify by following the steps mentioned below:

I hope now you are very well aware of what these virtual adaptors are and how you can use them on your Windows PC or computer.

What Is CTF Loader & How to Deal With It?

How to Fix Modern Setup Host that Stopped Working

Browser_broker – Get to Know Eveything About It in Windows