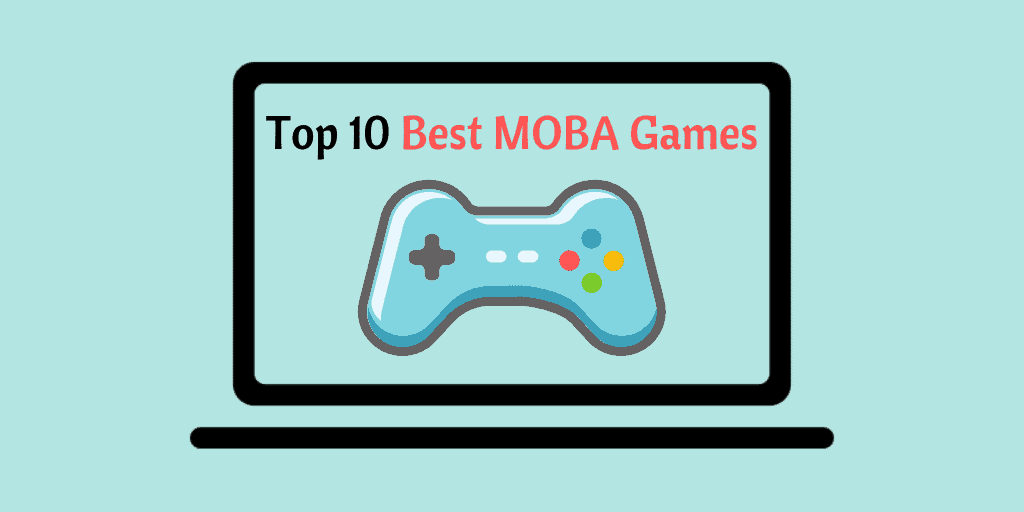 MOBA games are team-based games that pit two different teams against each other in battle. Although the game’s mechanics may vary, the game’s ultimate goal is to outmaneuver the opposition by working in a team and strategizing defensive and offensive tactics.

If you are a strategy game enthusiast, you know the thrill that is associated with controlling your heroes and teaming up with others to get the better of your opponents and claim their base.

Every strategy and tactic you can think of can possibly be used to annihilate anyone’s claim to the map. Ultimately, the destruction that follows can keep people entertained for hours on end.

This article looks at the best MOBA games in the market. Some of the games we’ll be mentioning, like LoL and Dota, are top-tier titles. We shall also look at a few titles for console and mobile.

Lastly, we shall take a brief look at what’s in store for the gamers of the future. So without further ado, let’s begin!

PS: Here are the best games like Hearthstone for your reference.

Undoubtedly, this highly acclaimed title is one of the best MOBA games for PC. Offering a high-octane, action-packed gaming experience, gamers worldwide have been captivated by the LoL phenomenon. A player takes the role of a summoner who can control the actions of different champions.

For every round, players choose unique champions that fit their special talents and abilities. Think you’ve got the wherewithal to take over the enemy territory? Download the game by visiting their webpage and form your team today.

Crafted as a mod for World of Warcraft, Dota 2 has become one of the most played games to have ever hit the gaming community.

Ever since Valve Corporation took charge of development, Dota 2 has become one of the best MOBA games.

The gameplay is relatively simple – two teams battle over destroying the opponent’s Ancient. The heroes that comprise the teams have their own special abilities and stats.

Dota’s competitive gaming scene is huge. Multiple tournaments and leagues are organized all over the world to compete in different environments.

Choose your hero and your role, and grind your way to glory. The game is very rewarding even after hundreds of hours of gameplay and is, by reason, quite addictive.

By the way, here are the best Fire Emblem games for your reference.

This statement might be true since the game includes many heroes from Blizzard’s other franchises, such as Starcraft and Diablo.

Team up and let the battle begin in exciting 5v5 scenarios on 15 different maps. There are multiple game modes to choose from, including ranked and unranked matches.

Ever since its release, it has quickly carved its niche in the market and is a huge contender for being among the best MOBA games.

Think you’ve got what it takes to withstand the enemy assault and strategize your way to victory? In this game, players take control of a character, form a team, and fight for control of the different sections of the map.

It was originally released for iOS and Android back in 2014 and is currently in the alpha stage of development for Windows and Mac.

The aim of the game is to control the path that separates the player’s base from their enemy’s base. You can always have little excursions to avoid battling head-on and to gain resources that can help your team win.

All the while, you must stay vigilant and gather crucial resources to emerge victoriously. Vainglory allows for thrilling gameplay and has some of the best maps for a MOBA game.

Don’t let this 2D game title fool you. If it’s making our list of best MOBA games, you can rest assured that it is worth every second of your time. Awesomenauts offers the best platformer and fighting game elements.

Choose from a variety of characters and team up with two other players, and tear down the competition. The goal is simple – get through the enemy’s lines and destroy their base, also called the Solar Collector.

As you fight your way past the obstacles, you will unlock a lot of goodies that will enhance your character further. Have you got what it takes to face the enemy and emerge victoriously? Download the game and find out.

Battlerite games are notorious for having some of the most action-packed game-play, making them one of the best MOBA games. Choose a champion, form a team of three, and annihilate the enemy team to emerge the undisputed victor.

But there’s a catch! There are no bases to capture/destroy or resources to gather. It’s all about grit and wit when it comes to winning this game. This ensures that no matter what strategy you apply, ultimately, you will have to destroy every single enemy player before your team can be crowned victorious.

The culling of some of the genre-defining elements makes the matches in Battlerite shorter than most gamers are used to. Instead, the focus is solely on providing an action-packed game-play.

Released in 2015, Strife is the most popular in the genre and is undoubtedly one of the best MOBA games out there.

One of the aims of this game and its developer is to weed out toxic elements in the gaming community that can get a little out of line.

As a modified version of Heroes of Newerth, Strife appeals especially to casual MOBA players. The goal is to destroy the enemy team’s structure, known as “the Crux.” Players can choose their heroes for battle and can level them up by gaining experience points.

This game features a lot of the mechanics found in some of the best MOBA games on this list, but it is essentially a shooter game. The game is set in a science-fiction fantasy world of heroes.

Players choose a champion and form a team with other players from around the globe. Make your way to the arena and destroy as many enemy forces as you can while holding your ground.

There are multiple game modes to pick from, such as team death-match, onslaught, siege, and many more. So what are you waiting for? Download the game on the platform of your choosing and let all hell break loose.

If you are looking for one of the best MOBA games on Android, look no further! As a popular 3D game, Arena of Valor was released in 2016 and is currently available on multiple platforms like Nintendo, iOs, and Android

Similar to other MOBA titles, take control of your hero and make the best of his skills and abilities. Form a team with players from around the world and battle your way to the enemy’s tower. Bring death and destruction to your enemy and their base and emerge victoriously.

Last but not least is Smite. There aren’t many games on the market that are similar to Smite, which makes it one of the best MOBA games.

What’s the deal? Take control of a god or goddess from different ancient mythologies and battle against the enemy gods and goddesses.

The best thing about this game is the number of customizations that you can do. You have the option of choosing from more than 100 different deities from different mythologies. Pick your deity from a team, and jump into action.

Your goal is simple – Battle your way to enemy territory, lay waste their guardians, and destroy the Titans. If you can manage to do all this while defending your camp, victory is yours.

Let’s take a peek into the future and gather details about some of the most awaited MOBA games.

This highly anticipated title already offers enough to make it to our list of the best MOBA games. The players take control of a wizard with unknown magical potential. Make your way to the arena, learn to control the abilities of the wizard, and test your magical skills.

In only a short time, you’ll have enough mystic spells in your arsenal to unleash their fury in a real-time battle of the wizards. Summon ancient creatures, crash meteorites, and destroy your opponent to emerge victoriously.

Rise of Winterchill is similar to the Dota franchise in various ways. It began as a mod to an existing Blizzard title. Once the mod rose through the ranks and became popular enough, the developers started to take things to the next level.

Rise of Winterchill has powerful mechanics and a unique support system, making it one of the best MOBA games in the market.

The developers’ goal is to give the players as much control over the outcome of the game as possible. Catch your fancy? Find out what the developers are up to at the main website.

This upcoming strategy game markets itself as the modern-day gamer’s MOBA. The developers aim to enhance the mechanics and the support unit that you already so intimately know and turn it into one of the best MOBA games available in the market.

This will give the players more control over the outcome of the game, which is sure to entice new players and experienced players alike.

These are some of the best MOBA games available in the market. Some of them have carved a niche in the market and are played by millions of players worldwide.

Though most of them have similar goals, the game’s mechanics differ from title to title and allow you to strategize in slightly different ways to better your opponent.

Get the best MOBA games and start ravaging your opponents with a mix of sound strategy and brute force.

Remember to co-operate with your teammates and choose the character that best suits your gameplay before you start tanking on your opponents. A well-organized game can lead to a swift victory without resorting to simple-minded destruction.

Destiny 2 Emblems – The Rarest Ones You Can Have