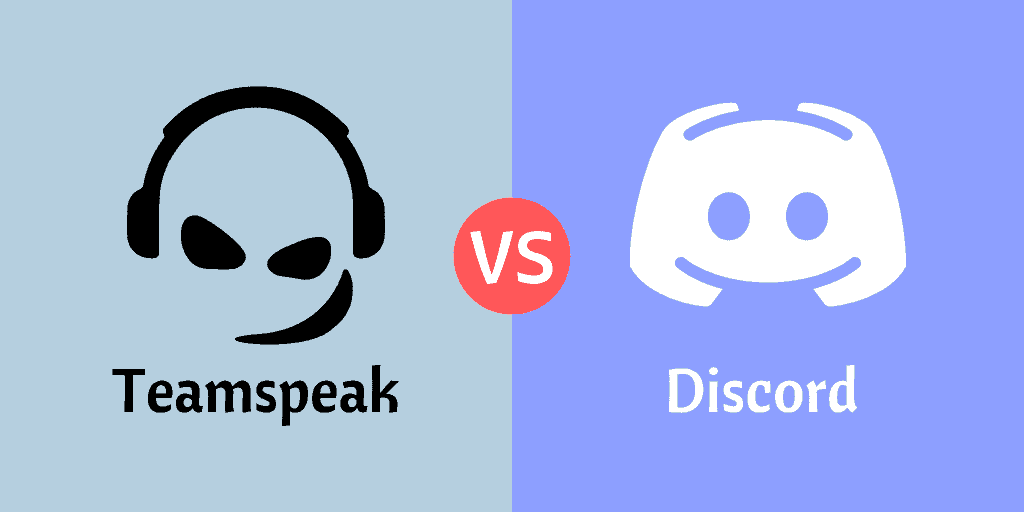 Given the rise of communication platforms, tough competition has become inevitable, and one perfect example of this is the Teamspeak vs. Discord battle.

Teamspeak and Discord have been the two very popular entities in the world of VOIPs. We will analyze both software to help you decide which one is worth the try.

The idea of Voice over Internet Protocol or VOIP emerged to realize the idea of online social gaming where users could communicate with their friends while gaming.

This would make the activity a lot more fun. Teamspeak and Discord are based on this concept only. Let’s know more about them.

What Are the Features of Discord?

In the world of VOIPs, the name Discord has been singularly ruling ever since it was launched in 2015. It has become the most used communication platform of all time.

The service gives free video and voice calls and free messaging during gaming sessions. The software’s main aim is to deliver HD quality voice calling to gamers for a seamless communication while gaming.

Let us tell you some of the software’s great features before we look at Teamspeak vs. Discord.

What Are the Features of the Software Teamspeak?

This VOIP has been a popular choice for game lovers when comparing Teamspeak vs. Discord.

The platform was launched in 2002 and has retained its status among users since then. The user base of this software is one of the largest and consists of gaming enthusiasts primarily.

It will be great if we tell you some of the unique features of this application.

Besides, if you are facing the issue of the Discord overlay feature not working, here are the best solutions.

Which is the Better Software – Teamspeak vs. Discord?

Convenience, efficiency, and performance can be the best criteria to judge any software, and we will use the same tools for our task. Let’s take the applications one by one and understand their working.

Analysis of the Working of Teamspeak

The size of this application is relatively smaller, and the number of resources is few too. However, it is not to think that this is a shortcoming of the app; instead, it is easy to deal with the users.

The software is fast and has got a low-spec system. The layout of Teamspeak is versatile. Now, this sometimes becomes a restriction, especially for new users.

To run the app smoothly, one would need to be a bit techie or take time to understand the operations better. However, it is not too difficult to carry out, and users get a hold of it soon.

To connect to any server on Teamspeak, the users must copy the particular IP address of the server, which helps establish the connection.

You can save any server for later access by bookmarking it, which has to be done manually, and this gives it a downside in Teamspeak vs. Discord.

If you wish to host any server, then the only option is to buy it. The servers are not free for usage, and that is one drawback where you will have to choose between one-time, monthly, or yearly payments depending on the service you have opted for.

The software will also charge you according to the number of client slots you will opt to keep. This makes server hosting a relatively expensive idea with Teamspeak.

The software allows overlays to operate within it. One such in-game software overlay, Overwolf, runs in partnership with Teamspeak.

The main function of Overwolf is to capture the gameplay and monitor the present channel to check the active users on that particular channel and the inactive ones.

No matter how useful this feature is, enabling Overwolf causes input lags in the software, which becomes very annoying for the users. Additionally, you will be charged for any delay during the game, be it a lag of mere 0.5 seconds.

Also, find out how to use the Text to Speech on Discord.

Analysis of the Working of Discord

The size of the Discord application is relatively bigger. It takes about 100 MB of the storage space on the PC. This can become a problem if the user is dealing with an old PC that is low on performance.

Since Discord will take up a larger share of the disk and memory usage, the other process will face difficulty in operation.

The application has better integration and more advanced APIs that render sleekness and convenience of operation to it. However, this also means it would consume more power than other programs. The result of it is the incidental sluggishness of the system.

The layout of Discord is very simple, which gives it an advantage in the Teamspeak vs. Discord tussle. The operations are as simple as just clicking on the server link to join or accept the invite sent to the server groups.

The servers can be easily saved for later access by bookmarking them, and Discord does that automatically.

If you want to host any server on Discord, then it’s free of cost to do so. It is very easy to manage servers on Discord since the layout is very basic, and the settings can be easily manipulated for any purpose, like sending server invites or creating new channels.

There is a personal overlay owned by the Discord app meant for gaming features. The main aim of the overlay is to enable the monitoring of their channel by their owners.

They can see all the activities happening on their present channel, including the users who are added and the ones who have left. The users can even manage notifications like tags, messages, etc., by enabling or disabling them.

While using Discord can showcase your gaming likes to the other co-gamers or friends you have on your current list.

For example, if you play popular games like Fortnite, which are integrated with Discord, you can see the number of users playing the game with you, the number of people left in the present match, and even the time period for which the game has been playing. This gives it a bonus in the Teamspeak vs. Discord fight.

The Discord application has a quick launch feature where you can add many games. As the name itself suggests, the feature enables the quick launching of your favorite games as you won’t have to leave the application to open the game.

It’s like the creation of a shortcut for particular games, and you can directly launch them from the platform Discord itself.

Discord also lets you buy several games from its own platform. You will benefit from having to pay highly discounted prices for those games.

One of the app features allows the display of the games you own or play regularly to the friends and co-gamers you have added to your Discord account or servers.

For all the friends you have added to your account on Discord, it is possible to see the mutual servers and ascertain if any friend or co-gamer is using the same server as yours.

The software Discord stands out in league with many of the outstanding features not present in Teamspeak. The only considerable drawback of Discord is that it consumes a lot of memory and disk storage.

Other than this, there is no weakness in the software that can possibly affect its popularity. So in the battle of Teamspeak vs. Discord, it can safely be concluded that Discord is the winner.

Features like free server hosting, user-friendly gaming overlay, lag-free operating, guided user interface, etc., are some of the strongest points of Discord that are missing in the software Teamspeak.

An individual study of the two software features also concludes that Discord is a superior application to Teamspeak. The features are more advanced, and the developers have considerably built over the base by adding more features over time. On the other hand, the features of Teamspeak are good but basic enough.

Blink vs. Arlo: A Comprehensive Comparison