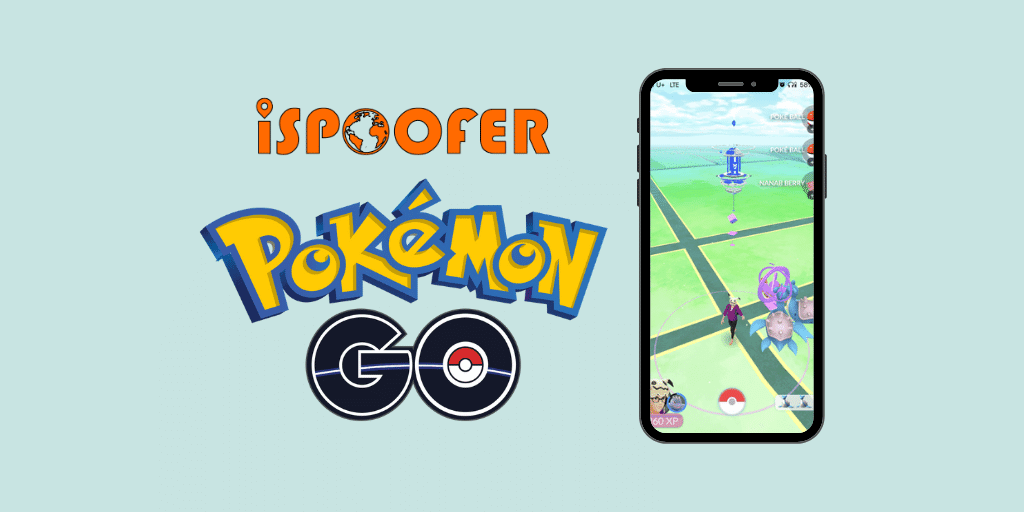 iSpoofer Pokemon Go is a pretty popular option among those who play the Pokemon Go game on iOS devices. It is used for the purpose of location spoofing.

However, this special tool tends to fail at times due to various reasons and makes them frustrated.

Keep reading this article if you’ve faced such an issue and are looking for an iSpoofer Pokemon Go alternative.

Why Do You Want to Use a Location Spoofer Like iSpoofer Pokemon Go on iOS?

When you play a game like Pokemon Go, you are supposed to move to different locations physically. Although it is a pretty exciting concept, constantly moving between locations can be troublesome at times.

As per the game, you will have to move to different locations to catch Pokemon. Those who live in city areas can catch Pokemon pretty easily as they are available in large numbers.

However, when it comes to rural areas, Pokemon characters aren’t that common. That means the availability of Pokemon characters can differ significantly based on your location. In that case, you can use a location spoofing tool and pretend that you are from a different location. Also, a location spoofing app can be very useful for those who don’t have enough time to move around.

With the assistance of a location spoofing app like iSpoofer Pokemon Go, you can visit any location in seconds. For instance, you can virtually appear in the middle of the NY city regardless of your location. With that said, we are going to explain some important information about iSpoofer for Pokemon Go. Also, we explain an alternative to the same tool and achieve the same tasks easier.

PS: here are the best location spoofer apps for your reference.

Part 1: Is It Safe to Use iSpoofer Pokemon Go?

It is true that geo-spoofing has become incredibly popular today. However, there are many individuals who wonder if it is legal to use this tool. Well, according to the rules and regulations of Pokemon, your account could get banned if you spoof your location.

As long as you can stay under the radar, you can use it without any hassle. It gives you the option of playing the game from any location you wish.

If you use a location spoofing app, however, it is best to use it moderately. For instance, you should never take huge jumps. That means you shouldn’t jump between two locations at very long distances.

Also, you should not travel too fast between locations as the game’s algorithm can detect your method. Then, your account will be banned. So, even if you use iSpoofer Pokemon Go for iOS, you should do it with care.

You should stay low and use it with some self-restrictions. It is recommended to use this tool only to explore the streets. Apart from that, you must be smart enough to download the tool only from a trusted website.

There are many players who intend to download the respective app from third-party websites. They are most likely to end up with banned accounts immediately.

Besides, if you face issues like Pokemon GPS signal not found 11, here are the top solutions.

Part 2: How to Use iSpoofer Pokemon Go and Spoof Your Location

iSpoofer Pokemon Go, as we mentioned before, is a professional app that can spoof locations. This special app can change the location on your iOS device effortlessly.

The main advantage associated with this tool is that it can choose any location based on your preference. There is no burden to pick a location with this tool.

That means you can collect Pokemons no matter where they are. The app itself comes with a very friendly user interface as well. Even if you are a total novice, it is very easy to spoof location with this tool.

So, if you want to use this tool, mentioned below are the guidelines.

You Can Follow Those Steps and Be Virtually Present at Any Location to Play Pokemon Go.

01. As the first step, you should visit the official website of iSpoofer and download their app. Be sure to choose the right kind of app that matches your PC specifications.

02. Now, you should launch the installer and follow the instructions provided on the screen. Those instructions appear in the form of an installation wizard.

03. You should now open the software on the computer and perform the operations that are required. As a result, you can start location spoofing. The tool will start to check the system for iTunes. If you have not installed iTunes, you will be guided automatically to download it.

04. Now, you should connect the iOS device to the same computer. Be sure to use an original USB cable to get it done without any interruptions. You should wait for the software (iSpoofer Pokemon go) to detect the connected device.

05. When the software recognizes the device, you should see a map. This map will have a search bar at the top. You can either use that bar to find a specific location. If not, you can even use the GPX button to impart a map manually.

06. Now that you have chosen a specific location on the map, click on the “Move” option. This will set the location as the current location. It will change the device’s actual location to the one you have selected.

You can then launch the Pokemon Go app and catch the Pokemons that are located in different locations. To do this, you don’t have to move an inch.

As you can notice, iSpoofer is a pretty handy app that comes with plenty of features. However, it has some drawbacks as well. Let’s learn about the pros and cons of iSpoofer. This information will help you decide whether to look for an alternative or not.

Are They Shutting Down?

Well, as per the information we have acquired recently, we have information confirming that iSpoofer is shut down. As of today, we cannot find an official download link to the app as well.

Also, many users confirm that they came across the same issue. Although some third-party websites say that they provide the link, that can be pretty risky. Those websites may provide malware, adware, etc., with the download file.

Part 3: So, is There an Alternative to iSpoofer?

Well, as we mentioned before, iSpoofer is no longer available on its official website. Even the official website is closed. So, the next challenge is to find a good alternative to iSpoofer.

We have good news for you. There is a powerful alternative to iSpoofer, and it is known as Tenorshare iAnyGo. There are enough and more reasons for us to rate this software as the best in the business.

Due to plenty of reasons, Tenorshare iAnyGo is considered to be the best alternative to iSpoofer Pokemon go. It is packed with plenty of features that can even set it ahead of iSpoofer. The user interface of this program is exceptionally friendly. You can use it to change your location to anywhere with a couple of taps.

The most significant feature of Tenorshare iAnyGo is that it doesn’t require iTunes to be installed on the PC. In addition to that, this special tool doesn’t require jailbreaking. So, that assures the safety of your device.

In addition to the spoofing feature, the same tool can be used for other purposes as well. For instance, you can use it to plan a customized route. As a result, you can use this tool to mimic the movements as if you are really working. So, it allows you to play your favorite Pokemon Go game without even getting up from the bed.

Why is Tenorshare iAnyGo Considered to Be the Best Alternative to iSpoofer?

Here are some obvious reasons why you should consider Tenorshare iAnyGo as the best iSpoofer Pokemon go alternative.

How to Use Tenorshare iAnyGo to Spoof the Location

When the location of the device is changed, you will be able to start Pokemon from that location. That means Tenorshare iAnyGo takes you to wish anywhere.

So, if the iSpoofer Pokemon Go for iOS is shut down, just try Tenorshare iAnyGo. And here is everything about Pokemon Gotcha for your information.

As you already know, iSpoofer is a decent tool, but it is shut down. So, for a better alternative to this tool, Tenorshare iAnyGo is the best option.

In fact, iAnyGo has better features than iSpoofer Pokemon Go for iOS. In addition to that, it is extremely user-friendly, even for novice users.

How to Use Tiko Voice Changer App

Optimizilla – One of the Best Online Image Optimizers