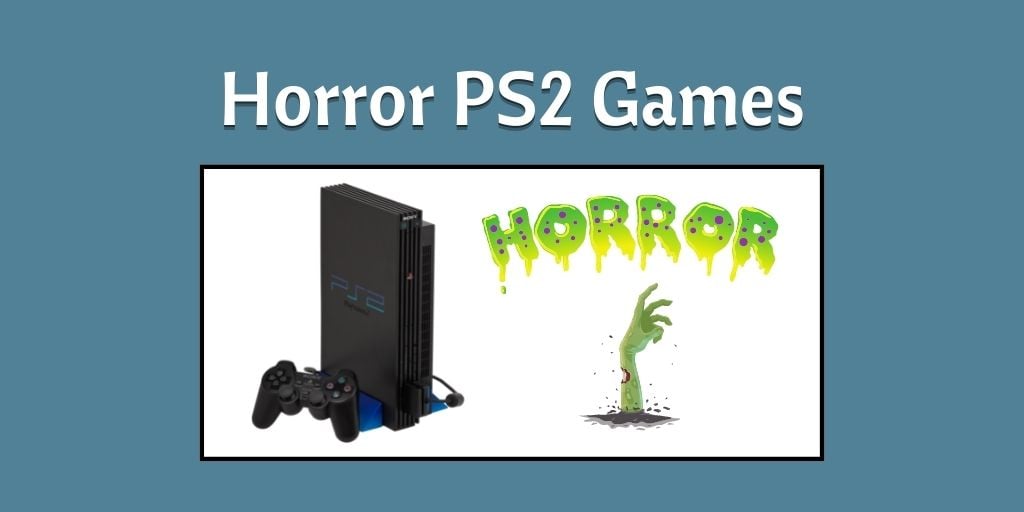 Video games are always popular, whether they are for youngsters or adults. Many horror PS2 games have exploded in popularity in recent decades, resulting in the discovery of new genres.

With games like Resident Evil and Silent Hill, the Play Station 2 significantly improved the gaming experience for players. As a result, it is still regarded as one of the greatest platforms for horror games.

There are numerous horror games available, depending on their popularity. However, we’ve collected a list of 10 horror PS2 games for your convenience.

Lifeline, also known as Operator’s Side in Japan, is a PlayStation 2 horror game developed by SCEI and Konami. LifeLine is a game with a lot of ambition and creativity. Its distinguishing feature is that the user can control the game fully by speaking orders to on-screen characters using a microphone.

The game uses speech recognition to understand these orders. It is usually rated as average by game critics, even though its originality has made it a cult favorite among enthusiasts.

In LifeLine, one can control Naomi, a young woman who must navigate a monster-infested space station. The frightening plot and spooky game concept made it one of the rated games back in 2003.

PS: here are the most popular games like The Last of Us for your reference.

Capcom’s Haunting Ground, also known as Demento in Japan, is a PlayStation 2 survival horror video game released in 2005. The game’s plot follows Fiona Belli, a young lady who is involved in a vehicle accident and wakes up in a den.

She then proceeds to explore the castle with a white shepherd to find a way out and uncover its secrets and residents. It’s a spiritual sequel in which the player may attack and evade opponents, but all actions are dependent on stamina.

The player controls Fiona as she explores the area, evades and hides from hostile pursuits, and battles against the castle’s residents on occasion.

When Fiona is in danger, she might become panicked and start running on her own, causing the player to lose some control.

Another impressive aspect of this game is commanding the dog. However, at the beginning of the game, the dog will not be as eager to obey the commands, but as users spend more time with him, he will grow to appreciate you and listen to you more willingly.

The video game Silent Hill 2 is a survival horror game created by Team Silent, a division of Tokyo-based Konami Computer Entertainment, for the PlayStation 2 in 2001.

The storyline of the game follows a widower who journeys to the silent hill after receiving a note from his deceased wife stating that she is anticipating his arrival.

In terms of plot, psychological terror, taboo subjects, metaphors, and frightening sound effects and visuals, it is regarded as one of the best horror games ever produced.

The goal of Silent Hill 2 is to take James Sunderland, the player character, through the monster-infested town of Silent Hill in pursuit of his murdered wife.

With less emphasis on killing adversaries, most of the gameplay consists of traversing the town and obtaining keys or other objects to bypass doors or other obstacles. The game has a third-person perspective with many camera angles.

Besides, if you are searching for the best VR horror games, this guide you should check out.

There are zombies and creatures to fight, in addition to the series’ trademark controls, interface, and puzzles. Whether you’re a fan of the series or not, Code: Veronica is still worth playing. Running, attacking, pushing, and climbing things are all basic character actions.

On the status screen, the player may see 5-6 of the items he or she has collected. They may be inspected for clues to solve puzzles from here, and some can even be equipped.

At any given moment, the player may only hold a certain amount of things; the rest must be kept in storage boxes scattered around the game.

KUON is another best example of a PlayStation 2 horror game. Kuon is a survival horror video game released in 2004 for the PlayStation 2 by FromSoftware in Japan, Nobilis in Europe, and Indie Games Productions in North America.

The main storyline is based on the activities of three characters, Utsuki, daughter of the Ashiya Doman, Doman’s trainee Sakuya, and the veteran Abe no Seimei, during a monster breakout at Fujiwara Manor in Kyoto. Kuon is heavily influenced by Japanese mythology and history.

In this horror ps2 game, the game’s players are viewed from an above fixed third-person perspective. During gameplay, the players traverse the house; the default speed is a stroll, with the ability to run, and this increases the danger of drawing attackers.

The protagonists must explore the house to solve riddles and locate essential objects to advance in the game. Flashing spots of light are used to display items in settings.

In Japan, Echo Night: Beyond is known as Nebula: Echo Night. It is a PlayStation 2 adventure game created by FromSoftware and released in 2004.

In North America, Agetec released the game, with Indie Games releasing it in Europe in August 2005. It’s the third installment in the Echo Night franchise. The game is set in the not-too-distant future and offers science fiction ghost stories.

The characters in this game are fascinating as a couple goes on a lunar honeymoon and a flying craft smashes into their path, separating the couple and leaving the hero alone at the research base.

The game’s goal is to discover her while simultaneously putting the restless spirits who prowl the base to rest.

Rule of Rose is a video game about survival horror created by Punchline and released in 2006 for the PlayStation 2. The game’s main plot is on Jennifer, a young lady who finds herself stuck in a world controlled by young girls who have created a class structure known as the red crayon aristocrats.

The fighting in Rule of Rose is clumsy and unintuitive, as it is in many survival horror games at the time, but it might be argued that this is all part of the game’s strategy of making users feel vulnerable.

The basic goal of the game is for the player to guide Jennifer as she explores the game areas and progresses the story by completing objectives while avoiding opponents.

Each game level takes place over a month. Every chapter starts with the reading of a handmade storybook about the chapter’s narrative. Jennifer is charged with locating a certain object that will be given to the Aristocracy at the end of each level.

Next on the list of scary ps2 games is the Clock Tower 3, a survival horror video game for the PlayStation released in 2002 and co-produced by Capcom and Sunsoft.

It’s a survival horror game in which players control 14-year-old school girl Alyssa Hamilton from a fixed third-person camera angle. The player must collect objects to access new regions, solve riddles, and run and hide from attackers to continue through the game.

Each Subordinate must eventually be vanquished in combat. The player will also come across the ghosts of innocent individuals killed by the Subordinates throughout each level.

If Alyssa approaches them, they will attack her. An object of emotional significance must be discovered and returned to the spirit’s body to appease them.

Next on the series of scary ps2 games, Resident Evil 4 is the most suitable. It is a 2005 survival horror third-person shooter video game that was developed by Capcom Production Studio and released by Capcom.

The major plot revolves around Leon S. Kennedy, an agent. Leon is dispatched on a rescue operation for the president’s daughter. From a third-person perspective, the player controls Leon S. Kennedy, the protagonist.

The gameplay differs substantially from previous games in the stash, focusing on action and shootouts with fewer survival horror aspects.

Los Ganados, a group of aggressive peasants, are the principal adversaries. Los Ganados are capable of dodging, wielding melee and projectile weapons, along with working and communicating with each other.

“Silent Hill 3” is not just one of the finest survival horror ps2 games; but also one of the most interesting and captivating horror games ever.

Silent Hill 3 is a PlayStation 2 survival horror video game created by Tokyo based entertainment production division and released by Konami in 2003. The plot revolves around a teen who becomes embroiled in the intrigues of a town’s cult, which is attempting to resurrect a terrible deity.

Heather, a teen the protagonist in this game, is a young woman who wakes up in a shopping mall after a nightmare and attempts to get home to her father while navigating settings that alternate between reality and the Afterworld, a deadlier, hellish version of it.

For many, the horror game genre remains a mystery, even though it appears to be highly intriguing to a small number of game nerds.

Thus a brief reference will help to spot the best PlayStation 2 horror games. Want to play them? You must check out the list on PlayStation now.

Pokemon Go Spawn Map – The Best Options to Use in 2022

How Can I Fix My Nintendo Switch Dock Not Working Issue Easily?