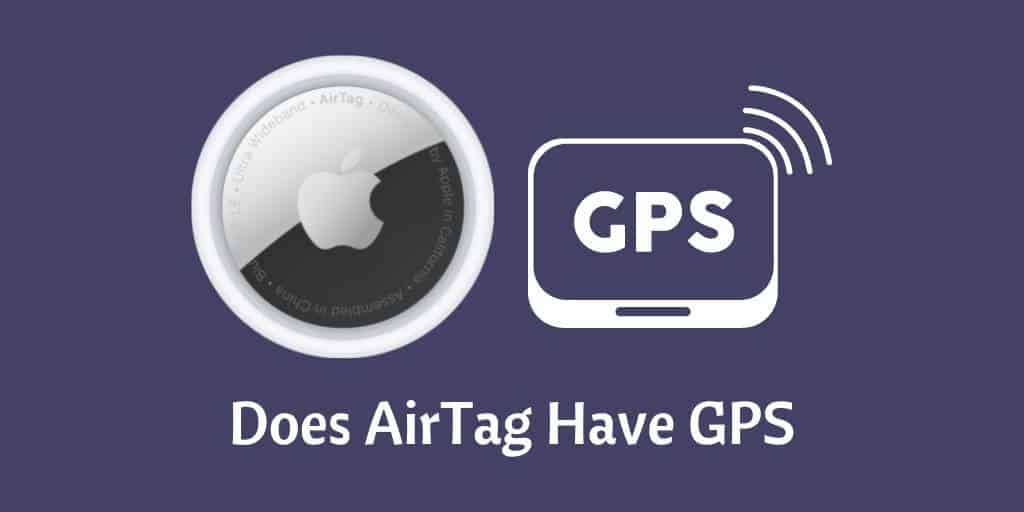 Does AirTag have GPS technology? If not, what is the technology it uses to transmit its location accurately to the linked iOS device? Let’s find out the truth.

Introduction to AirTag
What Exactly is GPS?
Does AirTag Have GPS Technology?
So, How Do They Work?
What is the AirTag Nearby?
How Often the AirTags Update Their Location
Bluetooth Transmission is the Most Effective Version
Frequently Asked Questions
Is It Possible to View the Location History of an AirTag?
What is the General Lifespan of an AirTag?
Is It Easy to Configure AirTags?
How to Activate a New AirTag?

The Bluetooth AirTag monitoring device from Apple is a low-priced option for customers to use to monitor their belongings.

There’s one popular question someone unfamiliar with AirTags may have. Most of those users wonder if AirTags use global positioning system data.

AirTags instead rely on other Bluetooth iOS devices in the option called “Find My” to pinpoint their exact location.

How does this AirTag from Apple work? How frequently does an AirTag update its location and position? These are just some of the questions I attempt to answer in this post.

What Exactly is GPS?

Does AirTag have GPS? Before that, let’s learn a bit about GPS.

GPS is the abbreviation for Global Positioning System. It is the technology that gives a navigational gadget the ability to ascertain its actual location.

A navigational gadget or tracker can determine its real latitude, longitude, time data, and elevation. This is done by using the location of at least three satellites from the GNSS.

Please note that the GNSS is the abbreviation for Global Navigation Satellite System.

Besides, here, let’s figure out the reasons why does AirTag make noise and whether it is possible to change or disable the Sound of your AirTag.

Does AirTag Have GPS Technology?

In a nutshell, an AirTag doesn’t really make use of the technology called the Global Positioning System (GPS). Therefore, it is not possible to track it using GPS.

AirTag devices do not necessarily contain any technology that would allow them to function as GPS receivers. Because of that, they are unable to decode or compute the exact location of Geostationary satellites.

An AirTag determines its position as well as location using a pretty interesting technology. They don’t make use of GPS satellites. Instead, they make use of other Bluetooth-enabled Apple devices that are in the immediate vicinity.

As you may understand, this method is effective for determining location. However, the capability of AirTags to perform real-time tracking is severely constrained by it.

Additionally, an AirTag is unable to measure speed, in contrast to some of its GPS contemporaries.

Also, if you are curious about: are AirTags magnetic and how does an AirTag stick to other objects, here, you will learn everything about AirTags.

So, How Do They Work?

The AirTag transmits a signal via Bluetooth to neighboring Apple devices that are part of the Find My networks. This is done in order to facilitate the tracking process.

These devices will then transfer the location information from the AirTag device to iCloud.

Then, it will be displayed on Find My. This process will take place in an anonymous manner and will be encrypted to safeguard your privacy.

Each AirTag utilizes a technology known as UWB Ultra-Wideband in addition to Bluetooth. This is done in order to properly calculate its direction and distance from your iOS device.

This, in turn, enables you to effortlessly track down any object that has been misplaced.

If your AirTag isn’t longer within your iPhone’s Bluetooth range, it will utilize other Bluetooth-enabled devices. That means the devices that are a part of Apple’s Find My option to transmit its location. These devices can be found anywhere in the world.

What is the AirTag Nearby?

Assume that the respective AirTag is nearby. In that case, the Precision Finding feature on your iOS device will guide you directly to it. However, this is applicable only if you are within range of it.

Because of this technology, AirTags are ideal for use in tracking missing keys, as well as tracking misplaced backpacks. It can be used to track many different items as well.

Precision Finding makes use of the technology called Ultra-Wideband. This’s done in order to supply your compatible Apple iPhone with information regarding the points of interest and directions.

It is possible to place your AirTag in “Lost” Mode in the event that it is not nearby. This is just like you may do with other Apple products. Assume that the AirTag is set to Lost Mode and it’s found via “Find My” by another Apple device.

In such an instance, a notification will be sent to your iOS device automatically. This will happen even if you have turned off Find My AirTag.

How Often the AirTags Update Their Location

Now you know the answer to the question, “Does AirTag have GPS.” Let’s proceed with more information.

There is no predetermined timetable for when an AirTag will update the position of its signal. Depending on the position of the AirTag, location updates may be less regular. This is particularly true when it comes to locations that have a lower population density.

Also, the same is applicable to areas where a smaller number of people use Apple products nearby. This is in contrast to a highly populated area that has a large number of Apple product users.

That’s something you should remember when it comes to the data related to AirTags.

Bluetooth Transmission is the Most Effective Version

When there’s a direct line of sight between the two devices, Bluetooth transmissions perform the most effectively.

We should mention that AirTags don’t necessarily use cellular service. It is always vital to be aware that impediments such as walls, buildings, and even metal can become burdens.

In fact, they all can have an influence on how efficient and powerful Bluetooth signals are. This is the case no matter which part of the world you are in.

When determining how frequently an AirTag may update its actual location, all of such different elements should be considered.

Is It Possible to View the Location History of an AirTag?

NO! Unfortunately, you cannot see the location history of your AirTags. Instead, it will display the current version of the AirTags.

What is the General Lifespan of an AirTag?

In fact, an AirTag can last for about one year without needing a battery replacement. There is no exact lifespan mentioned by Apple.

However, we believe that it will most probably last at least a couple of years with replaced batteries.

Is It Easy to Configure AirTags?

Well, configuring a new AirTag is a walk in the park. All you need is to hold your AirTag next to the respective iPhone you intend to link.

Then, the devices will get paired effortlessly. So, configuring an AirTag is a very simple process.

How to Activate a New AirTag?

If you have purchased a new AirTag and want to activate it, follow the steps below. Before everything else, you should double-check the settings mentioned below.

Once everything is checked, you should activate the AirTag.

Now that we discussed does AirTag have GPS, here’s our conclusion. AirTags don’t have a GPS tracking system. It doesn’t have the necessary chips or technology to support GPS.

Instead of GPS, however, AirTags communicate with the nearest Bluetooth devices. Then, they send encrypted information related to position and location information.

That information is securely stored in iCloud. Then, you can locate the AirTag using the “Find My” feature.

If you have other doubts pertaining to this matter, please comment below.

Can You Share the AirTag Location with Your Family or Friends?

Do AirTags Need to Be Charged Regularly?