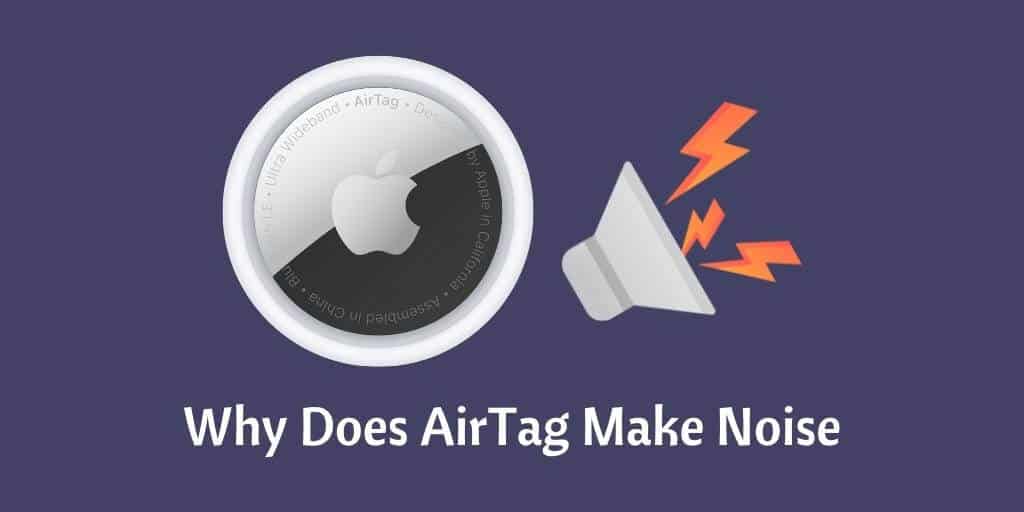 By reading this article, you can find answers to both of those questions.

How Does Apple AirTags Work?

Apple AirTags may be easily installed and used. Take away the C2032 battery’s plastic identification tag, then place it in close proximity to your iPad or iPhone.

You can assign specific names like “wallet” or “keys” for each accessory to which it will be attached.

After you’ve attached an AirTag device to your gadget(s), you can use the Find My feature. It has a tab called “New Items.” You should provide a voice command like “hello Siri, search for my keys” to trigger a sound.

That will play from the tag’s in-built speaker. Within the audible range, a misplaced item may make a noise that can be tracked until its recovery.

To operate correctly, the AirTag broadcasts Bluetooth signals that can be picked up by other devices’ “Find My” feature. The gadget uploads the item’s whereabouts to iCloud, where you may inspect it on a map using Find My.

Apple considers internet security very strictly. This is why this procedure is kept encrypted and anonymous. Your AirTag itself does not keep any record of where they’ve been or when.

Sharing an AirTag’s location with a device will keep that device anonymous. Also, it will keep the location data encrypted.

AirTags come pre-loaded with audio. Depending on the situation, AirTags can generate up to four different noises. A chirp or chime can be heard from your AirTag because of its inbuilt speaker.

AirTags come with an inbuilt speaker that can produce one of four different sounds (chimes/chirps). The sound called “Find My” becomes useful if you’ve lost your AirTag and are trying to track it down.

Following is a rundown of the four distinct AirTag noises and the actions that accompany them. In other words, below are the reasons why does AirTag make noise.

Besides, if you wonder, are Apple AirTags waterproof? they are not; they are just resistant to water. You may consider investing in an AirTag case when near water.

● The Welcome Sound of AirTag

Welcome sound is the sound that plays when you start to configure your AirTag.

Your AirTag makes a unique sound when its configuration is completed. This also means that your AirTag is ready, so you can use it from that point onwards.

● “Find My” Sound on AirTag

This is a sound repeatedly played when you try to locate your AirTag through Apple’s “Find My” application.

AirTags also emits a sound when its batteries are successfully installed (replaced).

Do you plan on using your AirTag to find your lost belongings? In that case, you should familiarize yourself with the many sounds it can emit.

Apple has created a helpful video that includes all of the aforementioned sounds. So, do AirTags make noise? Yes, they do in any of the above scenarios.

Also, if you wonder do AirTag need to be charged every now and then and how far do AirTags work, here, you will learn everything about AirTags and functionality.

Why Do Some Individuals Want to Mute Their AirTags?

Truth be told, there’re a number of perfectly reasonable explanations for this. In other words, you might wish to silence an AirTag you own due to several reasons. Apple keeps insisting that AirTags are only for the goal of locating lost items or pets.

However, many AirTag users attach them to their own cars, bikes, scooters, and other valuable and portable items. Simply put, they use AirTags on items that could quickly be stolen or lost. In a way, that is against the main purpose for which Apple introduced AirTags.

Automobiles have had access to similar tracking systems for quite some time. However, AirTags are more accessible, more affordable, and require no monthly costs. Even “covert cases” to install an AirTag in a stealthy spot on a used vehicle are for sale.

When this happens, the only thing the blaring AirTags accomplish is to draw the attention of potential burglars.

In addition, some users suggest that sloppy relocation companies should be secretly tracked by silent AirTags. For instance, they suggest placing silent AirTags in their moving boxes.

Is It Possible to Change the Sound of Your AirTag?

Now that you know why do AirTags make noise, you may wonder if you can change their sounds. Well, the truth is that Apple doesn’t provide any option to change the sound of AirTags.

So, unfortunately for users, the chirp or chime sound of an AirTag cannot be altered. It is true that AirTags has an inbuilt speaker.

However, there is currently no practical way to alter or personalize the AirTag’s audio. The inability to customize alert tones extends even beyond the app called “Find My.”

Is It Even Possible to Disable the Sound of AirTag?

It is true that the app called “Find My” lets you temporarily silence an AirTag. However, you should know that the device itself must be modified to make the sound go away for good.

A tweaked/modified AirTag (a device that supposedly doesn’t make any noise) is available for purchase.

However, the inbuilt speaker is not removed from those AirTags in comparison to the original design. Customers should know that doing this modification on AirTag will invalidate the warranty from Apple and make it worthless.

The maximum volume of the inbuilt speakers of AirTag is not more than sixty decibels. Well, this is roughly the volume of a normal discussion between two individuals who are about 3 feet apart.

What Should You Know About Silent AirTags?

Online marketplaces like Etsy and eBay are stocking “Silent AirTags.” Unlike the original AirTags, these variants do not have a small sticker (label) covering the device’s speaker.

Indeed, they have been altered physically to cut power to the speaker when it is not in use. Assume that the target is using an Android smartphone or an iPhone with an older iOS edition. In that case, they won’t know they’re being tracked unless they happen to see the little device.

Audio alarms when AirTags are lost for a long period is a feature included in the design of AirTags. Also, it features iOS alerts when an unfamiliar AirTag is following a person around.

It is true that the former is rendered useless while the latter needing certain circumstances not met by everyone. Anyway, silent (or modified) AirTags have evolved into a readily available, hassle-free stalking tool.

As you can realize, we have answered pretty much all the questions you may have about AirTags. So, if you wonder why does AirTag make noise, the question is well answered above.

However, to make things clearer, we composed this list of frequently asked questions and answers for you. So, let’s go ahead and learn more about them.

AirTags are not designed to be silent. In fact, they come with an inbuilt speaker, so they make different types of sounds.

Is It Possible to Turn Up Your AirTag’s Volume?

Are Airtags Designed to Listen to My Voice?

AirTags are not equipped with a microphone. Therefore, you cannot expect your AirTags to listen to your voice. In other words, you cannot give voice commands to your AirTags.

Now that you know why does AirTag make noise, here’s the conclusion of this article. Well, the AirTags that are taken right out of the box produce noise at different stages.

For instance, AirTags produce a sound upon a battery replacement, for welcome messages and for the Find My feature.

In addition to that, it produces a sound when the initial configuration is completed. So, all those are default sound configurations. They basically make a chime or chirp sound.

The sound of an AirTag becomes helpful when locating any item that is misplaced. For instance, it can help you when you want to find your keys that are hiding close to you.

It is true that you can purchase AirTags with no sound. However, they are not officially modified. Those are customized ones by third parties, so you don’t get Apple’s genuine warranty with them.

Therefore, we don’t recommend our readers purchase modified AirTags. So, that’s our article on why does AirTag make noise.

Does AirTag Have GPS? If Not, How Does It Work?

Can You Share the AirTag Location with Your Family or Friends?